Big companies operating in the European Union may soon have to disclose income tax information on a country-by-country basis.

On 3 March, the Portuguese presidency was mandated to start negotiations with the European Parliament to ensure swift adoption of the proposed directive.

It will require multinational enterprises or standalone firms to publicly disclose, in a specific report, the income tax they pay in each member state, alongside other relevant tax-related information.

It will impact companies with total annual consolidated revenue in excess of €750m for at least two consecutive financial years, whether they are headquartered in the EU or not.

Bank will be exempt as they already fulfil this requirement under another directive.

The proposed directive was first tabled in April 2016 as part of the Commission action plan on a fairer corporate tax system. 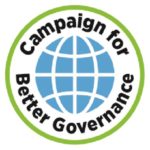 It will see us shine a spotlight on investment companies as well as the businesses in which they invest.

Full details can be found here.

Kirsten is international editor of Expert Investor and International Adviser. She joined Last Word Media in October 2015. Kirsten has a Masters in Financial Journalism from the... More by Kirsten Hastings

Part of the Bonhill Group.